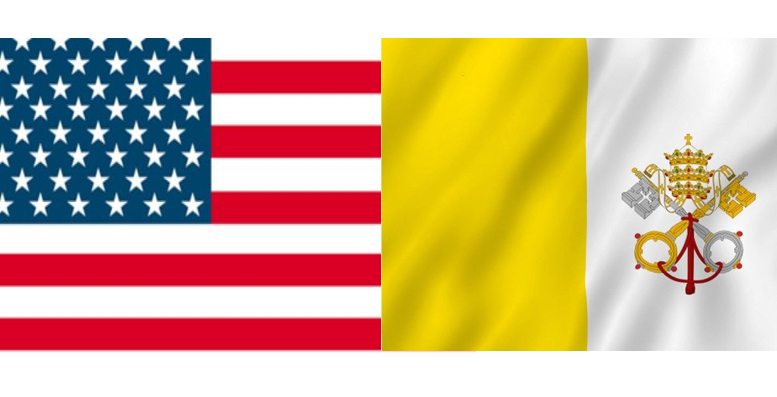 «Now Helen is a citizen of two countries. (The United States and the Vatican)… If Helen is a good Catholic, her main loyalty will be to the Vatican (Catholic Church)». 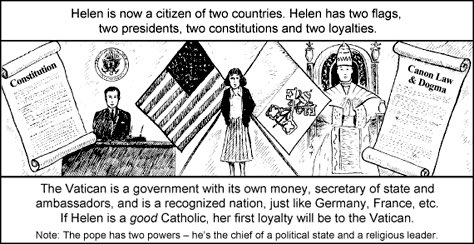 In the midst of the controversy generated by the change in the jurisprudence established in the «Roe vs. Wade» ruling by the Supreme Court of the United States, it was somewhat interesting to come across this image that well describes the American anti-Catholic sentiment, especially that of nineteenth-century nativist thought. Although American leftists today do not think twice about attacking our churches, statues and symbols to «protest» against the «oppressive traditions» of their nation (which is nothing Catholic), the truth is that Catholics were part of those «despised minorities» that the left itself claims to defend.

Throughout American history, Catholics have been targets of Anglo-Saxon Protestant hatred, often escalating to lynchings and the burning of monasteries. As early as the 19th century, nativists went to great lengths to exclude Catholic immigrants from political action, either by barring them from voting or at least preventing them from holding political office. This was due not only to xenophobic motives, but also to the fear that these Catholics were acting as «agents of the Vatican», which would conspire to expand their empire. (An expansionist privilege reserved for Americans, it seems.)

The American anti-Catholic spirit was none other than the liberal spirit that grew out of Protestantism, which began with «Sola Scriptura» and resulted in moral and then political relativism. Born in Protestantism, nursed with the political relativism of Locke, and later reinforced with the Masonic thinking of many of the «founding fathers», it was enshrined in the United States Constitution. The Americanist understood the free man as one who does not depend on any religious authority to decide on moral matters, or who at least can dispense with it and its verdicts in public affairs. Following Christian morality and under the discretion of a religious authority (the Pope), it was impossible for a good Catholic to engage in politics outside of religion, which Americanists saw only as fanaticism that would enslave Americans. Today American liberalism and its doctrine of relegating faith to the private sphere has triumphed among Catholics themselves, both American and Hispanic. Regarding the American political elite, it is surprising that a prominent group of Catholic politicians have stood out for their abortion fanaticism, under the guise of «following, but not imposing Catholic doctrine». For their part, countless Catholic parishioners hide their faith in their pockets, supporting such parties despite, if not because of, their pro-choice stance. And in the event that some Catholics in influential positions dare to take important steps against this crime, they find hostility among their co-religionists, who brand them as «fanatics», echoing the anti-Catholic voices of nineteenth-century nativists. Hispanic America, sadly, seems to be moving in the same direction. In a survey published in 2014, the Pew Research Center goes so far as to state that Hispanic-American Protestants are more likely to oppose abortion than Catholics, who tend to be «less conservative». Anti-Catholicism has been clearly reflected in the burning of churches and destruction of images in countries like Chile, Mexico and Argentina. And it is that liberalism and anti-Catholicism are linked by birth ties, as we see both in American history and in the French Revolution itself.

Dividing the Catholic into two «homelands», «souls», «hearts», or whatever they want to say, is more an illusion of liberalism than a concrete reality. Such division is not specified except in the liberal Catholic, who tries to reconcile the revolutionary spirit with Catholic doctrine. Unable to reconcile the two, he is content to relegate his faith to a hidden corner of his soul and to be a liberal in practice. Cognitive dissonance will take care of expelling his faith little by little.