We live in an era when evil is more prevalent than ever before, to the point where it is accepted and justified. Errors are never rebuked or condemned, and society is normalising what was once abnormal. The ills that resulted from it spread like wildfires, unchecked, because the people who swore to extinguish it neglected the duty they swore to protect. Expect social death if you speak out against the spirit of the age. As a result, standing up for the truth is nearly impossible. Because of the false enlightenment that people allowed to succeed, false philosophies, history, sciences, and religions gained traction. Everywhere in the world, revolutions are taking place under the guise of «liberation» in exchange for the truth.

Due to our fallen nature, evil will always exist and will devour us whenever it recognizes a chance to seize advantage and cause division among us. Even though we may have made material progress, achieved technological success, and enjoyed a comfortable lifestyle, we are still restless, confused, and in disagreement among ourselves. How can we call this progress when we have sacrificed our dignity and the principles that our forefathers instilled in us? Because when we truly consider today’s disposition, we have regressed morally, the just are no longer able to practice and pass on virtue, and the majority prefers to appease men rather than God. We exalt men to the most absurd extent because we believe that material success and social approval are the be-all and end-all. This is similar to how pagans live, so have we made strides since then or have we gone backwards? Despite our inherent tendency for evil and momentary goals, God never abandoned us to the ravaging wolves and the spirit of the age. He founded His Church, and through it, He made sure that grace would be easily accessible to every person, serving as people’s unfailing ruler as we battled against all the impediments of evil. And it was fully understood during the medieval period, when good was deeply embedded in society and evil was avoided like the plague. It is when governments imitated the heavenly hierarchy and monasteries provided poor people with education; The cornerstone of education and universities, where the spirit of arts, music, and craft was found, when families lived in harmony and practiced the true religion together. For social order does not exist only to fulfill men’s interests and desires, great civilizations have agreed. It is the manifestation of a divine order that conforms actions to heavenly order and the unchanging rule of divine justice. In contrast to today, where it is a challenge to promote this undeniable fact. 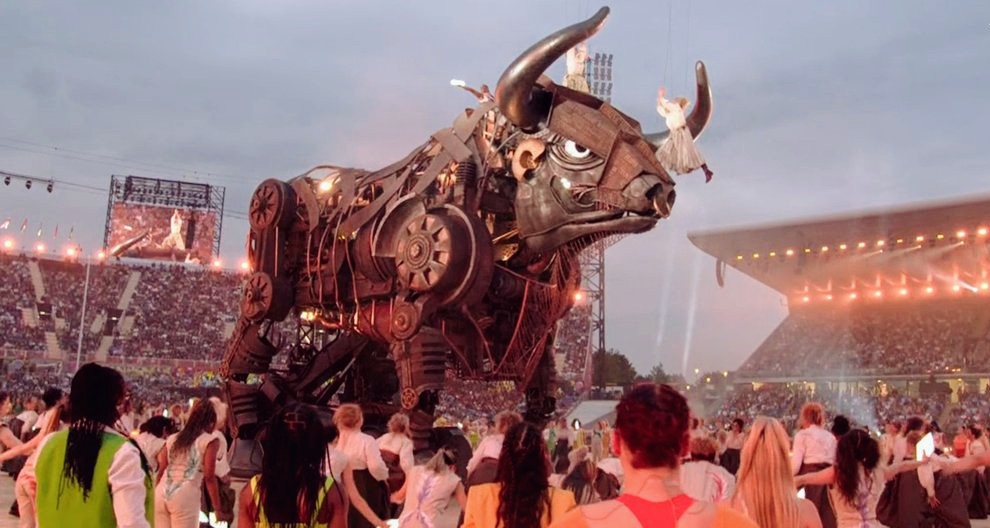 The extent to which evil manifests itself depends on how we respond to it and the point at which society has become complacent with evil’s plans and that it has allowed it to take hold. Protestantism is the product of one person’s self-centered aim, and you only need to look at how it destroyed Christendom to see how it caused all subsequent social order to be destroyed.

The last remnants of the social order were destroyed during the French, Italian, Spanish, and many other revolutions, as well as during World War One and World War Two, when the few remnants of good were worn out by their cooperation with evil in its war efforts to overthrow all established good. The late historian Christopher Dawson’s statement that «Protestantism, Liberalism, and Communism are three successive stages through which our culture has progressed from Catholicism to complete secularism» best captures what truly transpired. The first two destroyed the Church and Christianity, while the third destroyed the human soul. This evil achieved its ultimate goal in the 1960s, a decade that completely transformed society and struck the death blow to our world. Second Vatican Council wasn’t enough to avoid the gates to this iniquity, and we are accountable for this ecclesiastical revolution since we went along and permitted the revolutionaries to breach the core ideas of the immutable truth. We have the promise of the Lord in Matthew 16:18. But nowadays, many souls live confused. Archbishop Lefebvre describes this Council in his address to his priests at Econe 1990, «They are betraying us! They are shaking hands with the Church’s destroyers. They are shaking hands with people holding modernist and liberal ideas condemned by the Church. So they are doing the devil’s work». In a certain way, this Council has allowed evil to flourish and prime liberation to take hold in a society that has lost the ability to recognize right from wrong. We are unable to defend ourselves against this social and moral depravity because of the intrinsic laxity of our society, which leaves room for another revolution, the sexual revolution, when emotion superseded reason. captive to their own follies, prisoners of their own weaknesses, chained to their self-serving passions, gratified by material success. Irrefutably, the culture of death, because this society has dethroned God and destroyed all that is good because we have prioritised our rights and the true religion has been reduced to a right rather than an obligation.

The problems of today arise from good people’s inaction and forcing our way into this evil rather than simply by evil because it is here to stay. God allows evil to occur when we lose sight of Him and so that the righteous can once again exercise virtue. And Pope Pius V succinctly described the social ills: «All the evils of the world are due to lukewarm Catholics». History teaches us that a loss of faith has social implications. The Church, which is a shining beacon of morality and justice, has been disregarded. The process of secularization, according to the late historian Christoper Dawson, arises not from the loss of faith but from the loss of social interest in the world of faith. It begins the moment men feel that religion is irrelevant to the common way of life and that society as such has nothing to do with the truths of faith. We compromise in order to always be politically acceptable in this secular world. For a politically correct person, taking no position at all is wisdom; for a modern man, compromise is a virtue. Abortion was promoted as progress by modern society and today’s obsession with things such as same-sex marriage, divorce, and the transcendence of rationality. We place such a high value on our rights, we are preoccupied with trivial matters, and we have yielded to evil for our own personal gains rather than for the common good. As a result, we are moving toward our own collapse and dragging society down with us. This decline was recognized again by the late historian Christopher Dawson, who said, «the present age has seen a great slump in humanist values». Revolution after revolution of various aspects of the existing order caused the world to lose sight of what order was, and as a result, society clung to a false liberation as the answer. All of this is designed to conceal this evil while the confused are too preoccupied griping about their pronouns.

Evil distracts poor souls because that is its very job, to corrupt and pervert, so God’s grace is needed, and we will only be able to receive it when we are ready to stand with Him and His truth, just as the saints and martyrs did when they denied themselves, fought against the principalities of evil, and allowed Him to work on their mortal souls. And when we truly achieve this privilege, when the truth is once again restored, beauty and order will triumph and pervade every aspect of our society; a world that was not forged by great laxities from the good and confusion from the lost sheep, or at the very least does not mirror our current world.