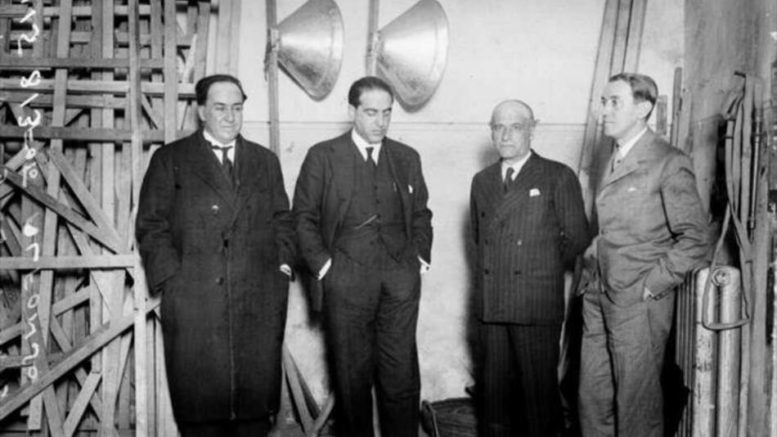 If there is something that the ideology and actions of the Vox political party have come to corroborate once again, it is that it is impossible to expect from any right-wing sector of the Revolution a true cultural opposition against its advanced and pioneering representatives. The only function of the historical right has been to deceive and try to integrate into that same liberal cultural environment the only counterrevolutionary opponents that have ever existed: the Spanish legitimists, who constitute the only true threat to that anti-Catholic and anti-Spanish cultural consensus. Especially bloody is the verification of this truth in that regime that, within the History of the Revolution on Spanish soil, is usually presented as the most characteristic defender of moderate or conservative positions: the Franco system.

Last month, the demo-liberal Francoist historian Pío Moa echoed an article published in the latest FNFF Bulletin by one of the former ministers of the dictatorship who still survives (and for many more years): D. Fernando Suárez.

It is an article where different data are enumerated that give reason for the substantial social transformations that took place during that regime. And the historian reproduces a text from that work that was «shocking» for him, and which reads as follows: «Television homogenized the same customs and brought Spaniards closer to the horizon of the Europe of their time as had never happened before. A Europe, by the way, that many thousands of Spanish workers got to know directly and personally in the adventure of emigration, in which they learned to coexist, as naturally as they were successful, with the uses and customs of modern, industrialized and democratic societies.» And then the historian comments indignantly: «This paragraph leaves a certain aftertaste to the widespread topic of Europeanism, and is somewhat servile, which is at the base of the denationalization that Spain has suffered for many years, and which comes from Ortega and his famous notions. A pious admiration for what they call ‘Europe’ and that curiously has not materialized in the slightest analysis or serious study of the reason for such admiration. Except finally! We had entered or had approached Europe. Had this approach occurred under Franco or with the PSOE (Spanish Socialist Workers Party)? It seems it makes little difference. And it seems that the war and all the subsequent sacrifices and challenges had no other objective than to ‘homogenize’ us with that of suicidal Europe, with its ‘uses and customs’; in order ‘to be like everyone else’, that is, to cease to be oneself.» And he concludes shorty thereafter: «Due to intellectual weakness in the Franco regime itself, a servile and pious attitude towards ‘Europe’ began to be adopted, trying to ‘enter’ it.»

It is not surprising that Pío Moa does not want to delve into this subject, since he senses the terrible moral dilemma that is presented to him: For this historian, on the one hand, it turns out that all the policies carried out during the dictatorship had the natural purpose of enshrining the bases and social foundations that would make possible the subsequent and definitive reestablishment of a stable democratic regime comparable to that of the Western States, (which, for him, constitutes the greatest praise of Francoism); but, on the other hand, this entailed the assimilation of Spanish «society» to the cultural guidelines of those States.

Pío Moa reserves the pejorative expression «European politics» for this second cultural political action, but the truth is that the name objectively corresponds to the two lines of political action (both social and cultural) of Francoism, the second being in reality a simple collateral effect inherent to the first. One of the main intellectuals of the technocrats –that Francoist group or family that did the most to advance this demo-liberalizing-Europeanist agenda–, Florentino Pérez Embid, summed up the entire policy with the following well-known formula: «Spanishization in the ends, and Europeanization in the means». That is, the claim to imitate Western policies in the field of social modifications, and at the same time to try to preserve a supposedly typically Spanish cultural ideology. Leaving aside the doubtful fact that this Francoist family truly defended genuine traditional Spanish culture, the truth is that this strategy could only lead to what actually happened: Instead of Spanish families living according to that supposed Spanish historical cultural ideal, they ended up thinking according to the ideological postulates typical of the new typical European social forms of life transplanted to Spanish soil.

About the Outrageous Events during the Procession of St. Fermín