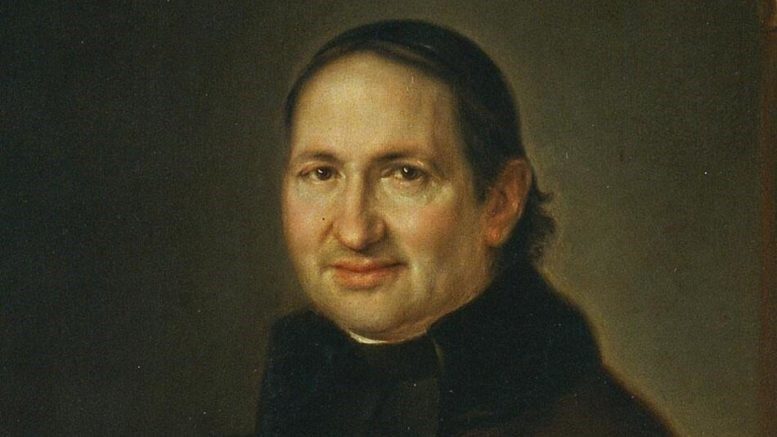 Portrait of Francisco Martínez Marina, in the former Royal Academy of History

The fifth foundation «of Spanish Legitimacy», contained in the Royal Decree of January 23, 1936 of King Alfonso Carlos, recalls that all legitimate claimants of the Spanish Throne, in order not to fall into contradiction, must adjust to «the principles and spirit, and as far as practically possible, to the same state of law and legislation prior to the misnamed new law».

What is a simple «coherence obligation» for the Holder of Spanish political-monarchist legitimacy is even more so for everyone who, not without reason, boasts of the name of legitimist. In opposition to this are all those who establish Will or Force as the supreme law, superior to Law and Rights, which therefore can be violated with impunity by them: all these subjects are called revolutionaries. In the same way that on the ethical or individual plane the revolutionary «sanctifies» the «autonomy of the will», so he does it on the political or social plane with his «national will». Said clearly this way –although it is true– it is a bit abrupt. Hence, the interested parties needed «thinkers» who «dressed the doll» with sophisms that appealed to «philosophy», «reason» and «nature» as «demonstrative» sources of the evil of the Law and the Rights of the Catholic Monarchy and its «justified» total replacement by the new «Law» «full of goodness and a promoter of happiness» These «enlightened» people are known by the name of illustrationalists, and they collect all their «wisdom» under the new «science» called «Political Law» or «Constitutional Law».

It is in this legal order where we can primarily and essentially observe the fundamental dichotomy between the legitimist and the revolutionary. The centuries-old Law and Rights are replaced, by way of pure Will (yes, a «reasoned», «rational» and «reasonable» Will), with a new «Law» that crystallizes, as a basis in a –so-called– Constitutional «Law». The counterrevolutionaries, Catholics that they are, deny (many of the «reasonings» made by the rationalists) that a Usurper of the day may appear who, under the guise of inaugurating «happiness» among the Spaniards, violates Spanish Legality by force (although be it in the name of that fictitious collective force called «national will»), and replace it with a new constitutional «Law».

An Usurper does not have the capacity to violate Spanish legality, and for this reason consistent Spanish Catholics are legitimists or legalists, that is, defenders of a Law and a Right (of the Hispanic Monarchy and Kingdoms). This Law and these Rights are always legally in force (since they were never legally abrogated by the revolutionaries), and whose effective restoration is supported by the fifth foundation of the aforementioned Royal Decree. It is logical, therefore, that the revolutionaries consider the legitimists as unconstitutional (and with great honor!). But it is no less logical that the legitimists (as such) consider the revolutionaries and their Constitutions as illegal. Faced with all Constitutionality, the legitimists simply limit themselves to defending… Legality. Against the new Anti-Right, they defend the only Law in force until today. Against this background, and in order to make the new ideas more «acceptable», the work of the rationalist was not enough, who appeared – openly – as a flagrant rupturist. A new sophist was needed to pass off these ideas, not as novel, but as… «restorers» of an old legal «tradition» that had supposedly been discarded for several centuries and that the innovators came in theory to «restore».

It is to this perfidious function that the historicists or traditionalists were going to dedicate themselves (the latter qualification totally foreign to the realist–legitimists of the first generation). They constitute the moderate or conservative part of the Revolution, and, so that we are not accused of exaggeration with respect to that insidious purpose indicated, we are going to reproduce a passage from F. Martínez Marina, the Father of the historicist or traditionalist revolutionaries, contained in his small (and revealing) autobiography written in the Prologue to his work Natural Principles of Morals, Politics and Legislation (likely written in 1824, although not published until 1933): «After many and serious meditations, I came to persuade myself that the quickest remedy and the most effective medicine to cure the old diseases of the people, and in order to dispose them to welcome the truths that serve as the basis of the new system of Government and to take interest in the Revolution, was to instruct them in the history of the preceding generations, to propose the examples of their ancestors, to show them what the nation was like in other times, its primitive institutions, the precious elements of the supreme power of our fathers, the energy with which they fought against despotism to uphold their rights, and the means they used to preserve their freedom, independence and national glory».