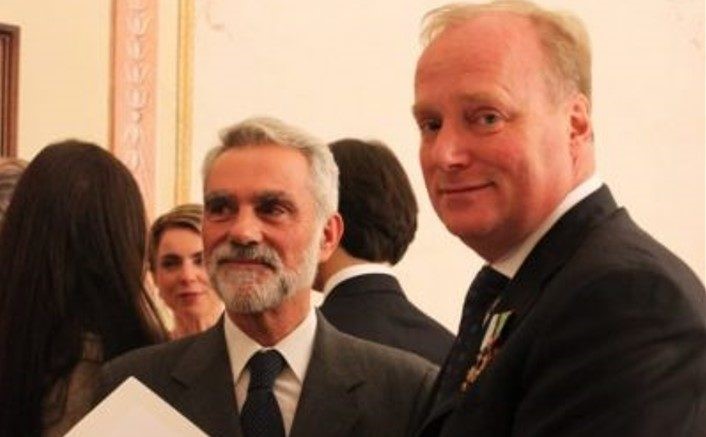 We transcribe for the readers of La Esperanza the note from the Political Secretariat of Don Sixto Enrique de Borbón, issued in Madrid on September 29, 2022, the feast of Saint Michael the Archangel, and published on the website of the Traditionalist Communion.

The document, dated in Madrid on May 5, 2018, is a true anthology of nonsense. It says:

«As Head of the Carlist dynasty, I order that Don Carlos Marañón de Arana may hold the title of Marquis of Arana, a title that my ancestor King Carlos VIII granted to his great-grandfather in gratitude for the services rendered to the Cause. He will be able to pass this title on to his nephew.

«King Carlos VIII» was none other than Archduke Carlos Pío of Habsburg-Lorraine who, in an operation sponsored by Francisco Franco and F.E.T. y de las J.O.N.S., claimed to be the «Carlist king» in defiance of succession laws and the Regency instituted by King Alfonso Carlos de Borbón in 1936, and in open opposition to Carlos Javier’s paternal grandfather, Francisco Javier de Borbón. To recognize this is to deny the legitimacy of the Bourbon Parma succession to the Spanish crown.

But it is also that former Prince Carlos Javier calls Archduke Carlos Pío (who died in 1953) «my ancestor», when he is no such thing: Carlos Javier does not descend from that impostor. His ignorance of his own family is incredible.

The extravagant «letter of succession» of the alleged Octavist marquisate

In the document cited above, Carlos Javier proclaims himself «Chief» (with a capital letter) of the «dynasty» (with a lowercase letter) «Carlist» (again with a capital letter); in addition to signing «Borbón-Parma», with a hyphen, which is not the Spanish custom. Details, if you will, that added to the main issue serve to certify that the former prince and his entourage suffer from extreme ignorance and no less extreme shamelessness.

According to the Falangist Vicente de Cadenas (Titles of the kingdom granted by the Carlist monarchs, Madrid, 1956), who acted as grace secretary (or something similar) of the Archduke Carlos Pio of Habsburg-Lorraine, alias «Carlos VIII», he granted on December 31, 1944 the title of «Marquis de Arana» to Teodoro de Arana y Beraustegui. That is the fantasy title that Carlos Javier (of Borbón Parma) has granted, recognized or rehabilitated (it is not clear from the brief text of the document) to Carlos Marañón de Arana; incidentally denying his grandfather, King Don Javier, from whom on other occasions Carlos Javier himself claims to receive his supposed rights —those so strange that they allow him to affirm himself as «Chief of the Carlist dynasty» while recognizing the constitutional «kings» Juan Carlos and Felipe Juan—. But it is that on this occasion, when proclaiming Carlos Pio of Habsburg-Lorraine his ancestor, Carlos Javier is unaware that his grandfather was King Don Javier, not the Octavist impostor: thus the former prince denies his own family.

A few self-styled Carlists insist on calling this man a king whom does not even know his own surnames.