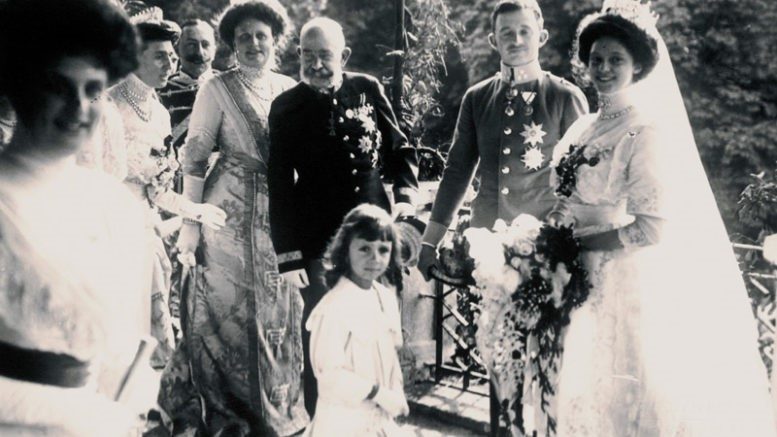 The Wedding. The wedding of Archduke Charles and Princess Zita, with King Don Jaime III at the center, wearing the uniform of the Grodno Hussars

April 1, 2022, marks the first centennial of the death of Blessed Charles, the last Emperor of Austria-Hungary, an event whose commemoration is obligatory in these pages for various reasons. In the first place, because of the context in which Blessed Charles of Austria had to exercise his government, with many similarities to ours; secondly, for the exalted degree of virtue with which he fulfilled his obligations as a Christian ruler, an example that he should guide those who today have such an important task; and thirdly, because of the close relationship with which Divine Providence has wanted to intertwine the destinies of his family and that of Spanish legitimacy.

Born on August 18, 1887 in Austria, the then Archduke Charles always led a life away from state affairs, without much political relationship with Emperor Franz Josef and his heir, Archduke Franz Ferdinand. However, the Sarajevo bombing of June 28, 1914, which killed Franz Ferdinand and his wife, would not only trigger the First World War, but would make Archduke Charles the Emperor’s successor. 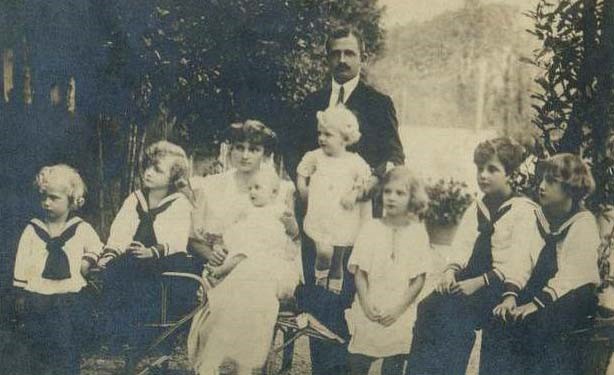 Emperor Charles and Empress Zita in exile with their children

Emperor Franz Josef, in the words of Vázquez de Mella «man of sorrows, wiseman of the Kings», despite his advanced age, was still able to withstand the tragedy and deal with the start of the war until November 21, 1916, the date on which he died at the age of eighty-six. A month later, Archduke Charles and his wife, Princess Zita of Bourbon-Parma, were solemnly crowned Emperor and Empress of Austria-Hungary.

The Empress was the daughter of Robert I of Parma, brother-in-law of Don Carlos VII and under whose orders he had fought in the Third Carlist War. Doña Zita was, therefore, first cousin of Don Jaime III. As time passed, Don Jaime and his uncle Don Alfonso Carlos died, the dynastic legitimacy would fall to his family, in the person of Don Javier of Bourbon-Parma (Javier I), brother of the Empress and father of our August Chief, HRH Sixtus Henry of Bourbon. Empress Zita came, then, from a family closely linked to the Spanish royal legitimacy.

However, Emperor Franz Josef, initially a supporter of Carlist legitimacy, adopted a position of growing hostility after the wedding of the usurpers of the Spanish throne, Alfonso and María Cristina, —not so the Emperor’s younger brother, Archduke Charles Louis, always loyal to the Cause— which materialized, among other actions, in the captivity of Don Jaime III in the castle of Frohsdorf at the outbreak of the war. This measure was intended to prevent Don Jaime from using his personal and political influence against the Empire and against Germany. It must be remembered that Don Jaime had already served Czar Nicholas II of Russia with arms, «whose affection for the Spanish Carlist Cause —says Melchor Ferrer in his History of Spanish traditionalism— did not detract from that which the Imperial House of Russia always had». 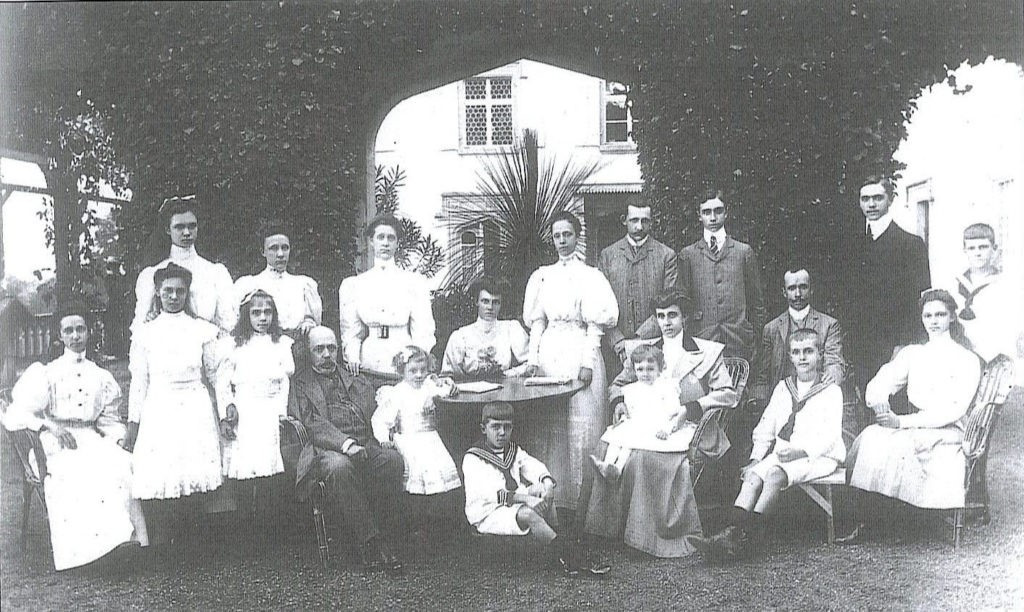 However, when Franz Josef died and Archduke Charles and Princess Zita were finally crowned Emperor and Empress of Austria-Hungary, they had Don Jaime released with only a few restrictions. Melchor Ferrer narrates it in the following way: «In Frohsdorf he continues, but now in a regime of greater freedom and knowing that in the Court two good friends are at heart with him: the Emperor and Empress Zita».

Already Emperor, Blessed Charles of Austria had to face the calamities of war, and he did so with a true Christian spirit of service and sacrifice. In domestic politics, he carried out extensive legislative reforms inspired by the social magisterium of the Church. In foreign policy, he did not cease to support the peace that Pope Benedict XV sought with so much effort without success. Empress Zita’s brothers, Prince Sixtus Ferdinand and Prince Javier (future Javier I), participated very actively in the arduous work of mediation.

Despite the efforts, their attempts were unsuccessful and the end of the war took place under very different conditions. An editorial in El Siglo Futuro of November 1918 described it thus: «The peace of God, which was the peace of the Pope, was not wanted, and the world will have to suffer with general damage the peace of England and Wilson».

The United States had supported the independence of the peoples that made up the Austro-Hungarian Empire, and on November 11 Emperor Charles signed a proclamation renouncing «all participation in the administration of the State» in Austria, and on November 13 another similar one for Hungary. Both proclamations were, as he himself admitted, «the equivalent of a check that a street thug has forced me to write at gunpoint». However, aware of his legitimacy, and encouraged by the Pope himself, who feared the spread of communism in Central Europe, he tried to reestablish his authority in Hungary on two occasions at the head of the Hungarian legitimists, but both attempts failed, as the Emperor wanted avoid at all times the outbreak of a civil war.

After the second attempt, the imperial family was sent into exile on the Island of Madeira. Emperor Charles never abdicated his rights, perhaps aware of the same thoughts that Czar Nicholas II was thinking when he said to Don Jaime: «do not forget that your life does not belong to you. We come into the world to fulfill a sacred mission, and under penalty of being cowards, we cannot renounce it». The Emperor did not renounce his mission, he incorruptibly endured his suffering and died in the poverty of exile, in the presence of his wife, on April 1, 1922, as a result of severe pneumonia caused by the extremely modest conditions in which they remained confined. 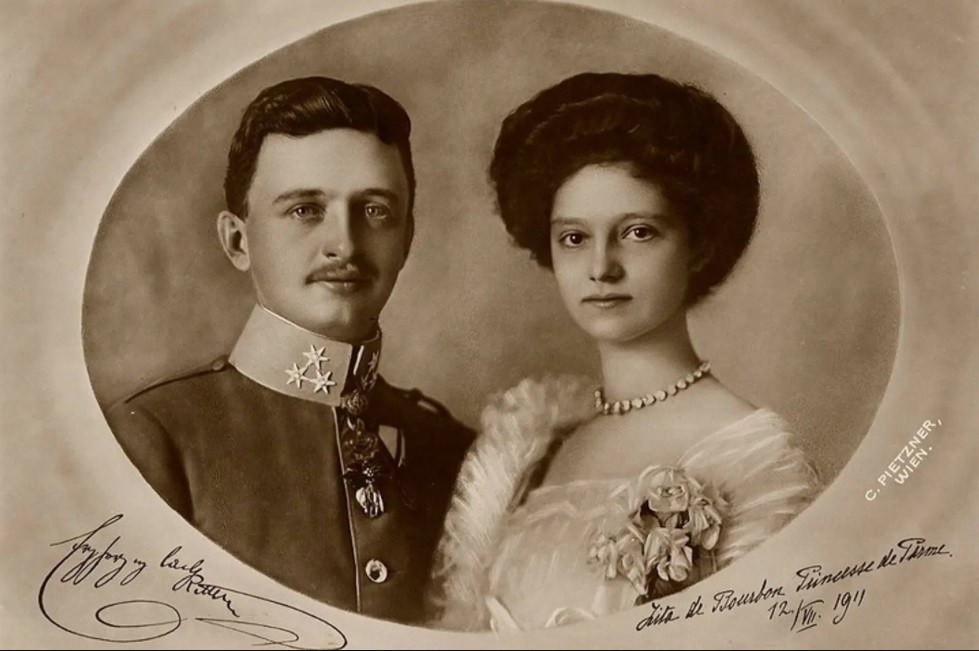 Charles of Austria and Zita of Bourbon-Parma

Blessed Charles of Austria was a faithful devotee, an exemplary husband and a great ruler who knew how to fulfill his duties as a Christian in all aspects of his life. Shortly before he died, he said: «My whole commitment is always, in all things, to know as clearly as possible and to follow the will of God, and this in the most perfect way».

His beatification ceremony was held on October 3, 2004, in the presence of HRH Sixtus Henry of Bourbon, who also presided over the traditional Holy Mass that the Roman section of Una Voce organized the following day in thanksgiving. According to the corresponding dispatch from the FARO Agency According to the corresponding dispatch from the FARO Agency, the sermon was delivered by Monsignor Barreiro Carámbula, who «after highlighting various aspects of the holiness of Blessed Charles of Austria, emphasized how in the Emperor he had both the legitimacy of blood and the legitimacy of exercise. He also pointed out that this beatification is a strong sign of hope that the Lord will raise Kings who will restore traditional society».

On the centennial of the death of Blessed Charles of Austria, we make these words our own and renew our commitment to the restoration of traditional society in the face of its enemies, the same yesterday as today.