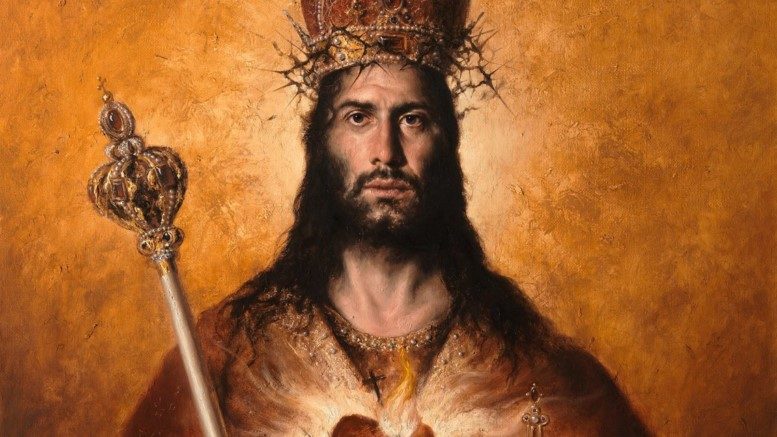 Our Lord Christ the King, by Giovanni Gasparro

20. Cause forgotten, cause betrayed. Today our King seems to have no soldiers. Is it that we no longer boast «of being a soldier under the banner of Christ the King?» Do we not hope «that we may reign with Him forever in heaven?» («Post-Communion Prayer» of the Mass of Christ the King instituted by Pius XI, and removed in the Missal of Paul VI).

One case is that of the faint-hearted who flee from the battle. An army that does not fight is a herd of traitors. We are won over by the prudence of the flesh. What penalty does the deserter receive according to human laws? What punishment will he receive according to God’s laws? They are cowardly Catholics.

First Centennial of the death of Blessed Charles of Austria