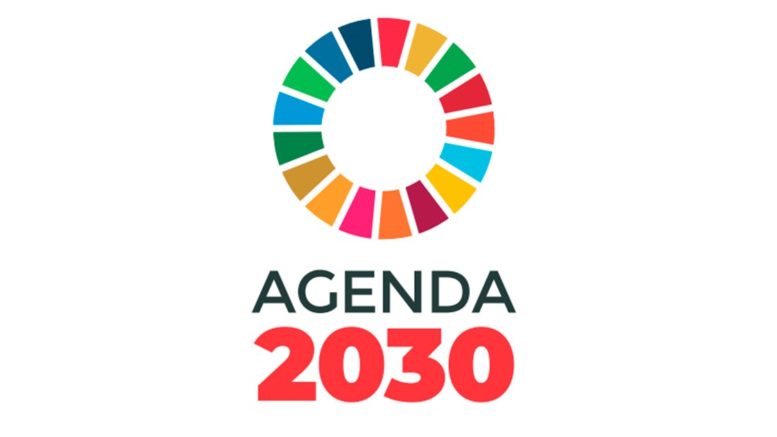 When we observe how supranational entities, formed by people that have never been elected, dictate to governments what kind of policies they need to enforce, we wonder what right they have to do such a thing. People talk about Agenda 2030 and how this document is somehow enforcing social engineering upon nations by the so-called United Nations experts. These experts have never been elected by the people. However, its policies are being implemented, no matter what, by both national and local governments as if they were a bound to meet this deadline. When we heard news about parents being arrested because their kids do not want to receive LGBT indoctrination in public schools, or priests being arrested for praying at abortion clinics, or people demanding civil rights because of their sexual orientation, or people worshiping Satan publicly in the streets, and the advocation of all kinds of sexual perversions upon little kids, all while police officers protect them… When we are witnessing all of that, we wonder if the world has gone crazy.

This is especially shocking when it occurs in countries that, in theory, defend and protect human rights, and freedom of religion and of conscience; in short, the sovereignty of nations and individuals through constitutions, bills of rights, etc. It seems as if the liberal, first world nations are incapable of protecting their own citizens from policies that are decided by greater international organizations but then are applied in a non-partisan way by their local and national elected officials. To this end, a term has been coined. A term that has become trendy in social media outlets, radio and TV programs: The New World Order. 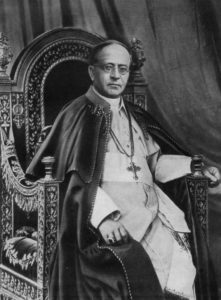 Holy Mother Church, always prudent, saw this progressive tendency in the elites that ruled the nations and emphatically denounced it and condemned it. Let us recall for example, the words of Pope Pius XI in his encyclical Quadragesimo Anno in 1931:

«It is an injustice and at the same time a grave evil and a disturbance of right order to assign to a greater and higher association what a lesser and subordinate organization can do. For every social activity ought, of its very nature, to furnish help to the members of the social body and never to destroy or absorb them».

Professor Miguel Ayuso points out that the so-called New World Order is a concept formed by two lies. Firstly, it is not New.We may have started to hear about this term after World War II, especially towards the mid sixties. However, the causes that led to the coining of this term are not new, but rather as old as time. Secondly, it is not an Order, but a calculated and intentional disorder, that continues to deepen. 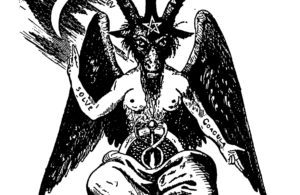 The only label we could admit is that of the World, if by it, we mean the political incarnation of the «spirit of the world» and not the geographical area where we are placed by God to work out our sanctification. In other words, man’s pretention to be like God and to give to himself the law in an act of pride, similar to the angelical rebellion against The Almighty. In short, the Luciferian non serviam.

Historically, we can find the remote origin of the term New World Order in the five causes that produced the fall of Christendom: first, the religious breakup of Protestantism (1517), then the ethical and moral breakup between the ruler and his people of Machiavelli (The Prince, 1532), next the political breakup of Bodin with the theory of absolute sovereignty (1576), followed by the judicial and sociological breakup of Hobbes, Locke and Rousseau (The Social Contract, 1651-1689-1762) and finally, the geopolitical consolidation of the nation-states eroding the traditional role of the monarchy (Treaty of Westphalia, 1648). However, if we were to look for an historical context where the idea of man pretending to give the law to himself, from a collective point of view, we would conclude that this occurred during the French Revolution (1789) and with it, the idea of modern democracy. 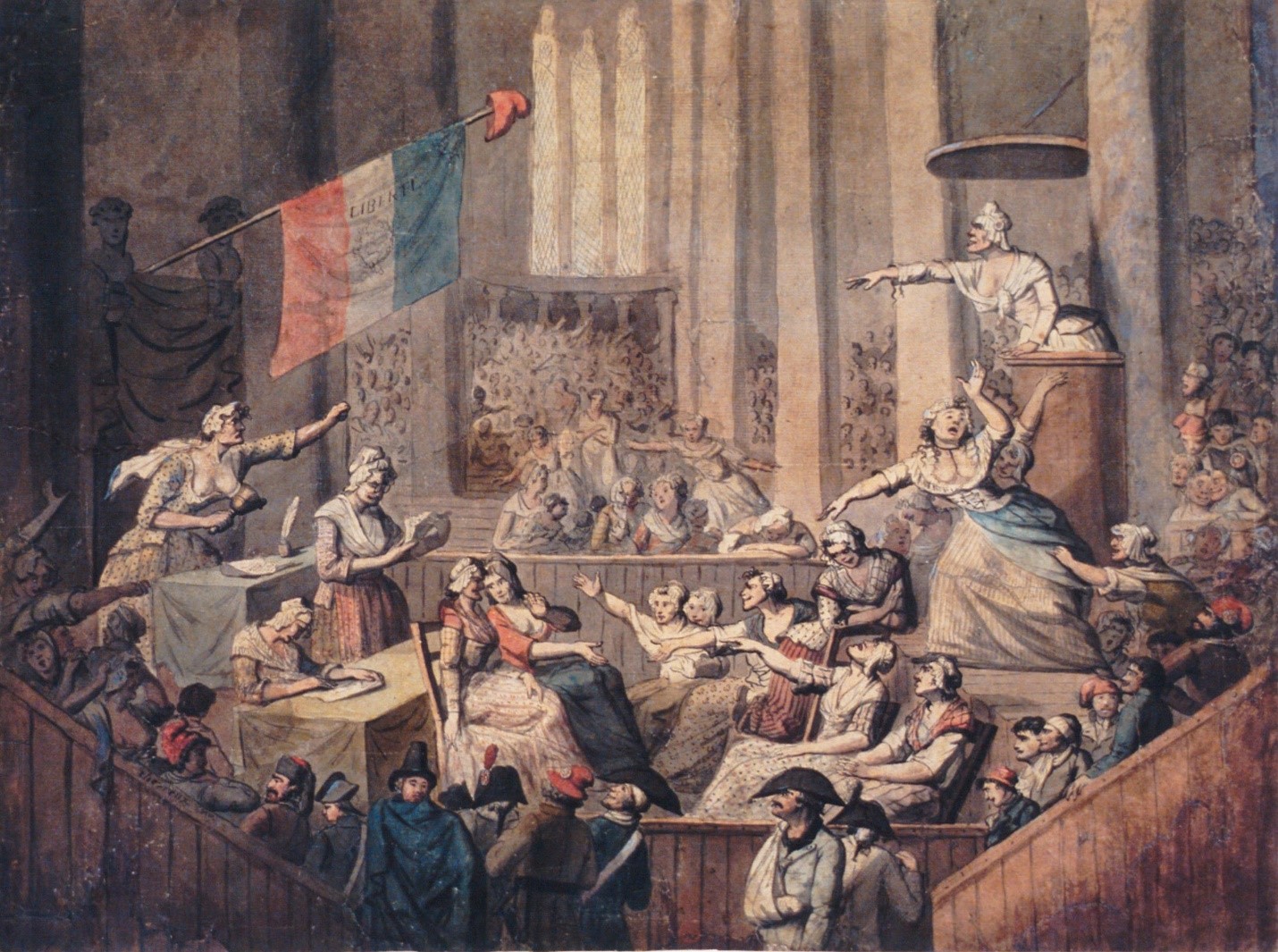 Modern democracy is not understood simply as a form of government, as a way to elect political rulers, but as the principle of the government: The ideological (and therefore false) principle that pretends that truth, morality and goodness are not found in the natural order of things, but instead spring from the will of the people as expressed by its majority vote. If the will of the people is the way to determine if something is good or bad, then anything goes. The human will is malleable and inclined to evil due to the effects of original sin.

The judicial framework of the New World Order has been codified since the French Revolution through what was then called the new law and the new (revolutionary) rights. These rights, from which we get the Declaration of Human Rights, were condemned by Holy Mother Church from the very beginning by Pope Pius VI, in Quod Aliquantum, in 1791. These revolutionary rights evolved through time worsening the effects of the liberal revolution, becoming more radical and constituting what we define now as the proximate judicial framework of the so-called New World Order.

The pretension to neutralize the correlation between rights and duties in the just law was at the core of the Declaration of Human Rights. Properly understood, man has faculties to fulfill the original duties presented to him by the natural order of things. We call these faculties rights. In other words, the duties come first and the rights are second. What is more, not all duties create rights. It depends on the nature of the duty. The transformation of rights into pretensions at the onset of the French Revolution evolved into the affirmation of liberty in its negative sense: liberty with no other rule but liberty itself. In contrast, the Christian understanding of liberty presents it as a means to an end and not as an end of itself.

There is an order of things that man can not argue with because it is imposed by the natural law. Man, in order to fulfill these ends, has the ability to select the most adequate means. On the other hand, the liberal revolution pretends that man could give to himself the ends and this is what they called liberty. 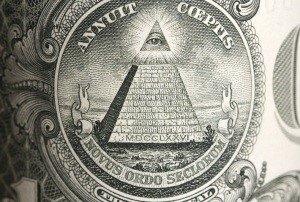 We label this concept of liberty as Luciferian because it has the aim to separate man from God, God’s law, and the legitimate authority. This can be clearly seen during the American Revolution. The liberal propagandists knew what they were doing by promoting the concept of liberty in a cunning and deceptively vague way among the people that, up until that time, still had a Christian ethos. Historian Philip Davidson provides this amusing description of the confused understanding of the new idol (Liberty) among rank-and-file colonials:

«What did liberty mean? Who can tell? To one it may have meant simply freedom from English restrictions, perhaps nothing more than freedom from the Stamp Act; To another it may have meant complete freedom from England: To still a third it may have meant political, or economic, or religious freedom, or a free government, free land, free trade, free religion, free liquor, free anything the people want. It meant just as much as or as little as “Liberty, Fraternity, Equality (Or death)” in another revolution… The power of the word was its vagueness. Who would fight for the merchants, or for the political bosses, for there might even be some who would not fight for the preachers, but it was a craven spirit who would not fight for liberty».

At the level of the average colonial, the revolution demonstrated, in short, what Davidson called “the compulsive appeal of a vague concept.” But however imperfectly liberty was understood by the common man in pre-revolutionary America, in the minds of those who wielded it as philosophical concept, its meaning was crystal clear and quite in accord with Lockean thinking: “Freedom from any external authority not subject to the consent and sovereign will of the people. Freedom, above all, from the tyranny of Kings, Popes, and the Catholic Church.” (Liberty, the God that Failed, by Chris Ferrara, page 134).

This transformation of rights evolved into what we called individualism when rights were presented as being in opposition to the power of the State. Later on, rights became to signify the State’s protection of the individual’s desires and caprices disguised as being the pursuit of happiness. However, happiness is not a right because it is not a human faculty. At any rate, happiness is merely the ephemeral experience of fulfilling one’s duties through the natural law. It is ephemeral because it is but a foretaste of the eternal happiness that the saved soul will have in Heaven, once they are enjoying God’s beatific vision.

This logically implied a denial of the Christian understanding that the nature of man is social. And therefore, that the political community has a common good that is superior to the good of the individual. A common good that transcends and pertains ultimately to the salvation of all souls. This denial is also at the origin of the ghetto mentality (which is a big temptation to Catholics influenced by the so-called Benedict option, by the way) where Catholics say; let us live as Catholics, and the sodomites and pedophiles say; let us live as sodomites and pedophiles, and the Satanists say let us live as Satanists, and so on and so forth. This is the last stage of the social dissolution of the natural community and the emergence and consolidation of the New World Order. A process Freemasonry calls solve et coagula. As Catholics loyal to the spiritual and carnal legitimacy, we know that the status quo does not need to stay like this. Hence, our growing political apostolate in the service of God, Fatherland, Fueros and the legitimate King of the Spains HRH Prince Sixtus Henry of Bourbon.

Cristo reinará en Filipinas/ Christ will reign in The Philippines