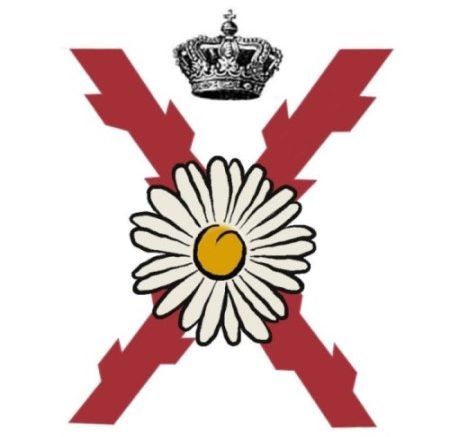 With the courageous and determined involvement of one of our most outstanding Margaritas («Daisies»), the dearest and most well-known the dearest and most well-known Mónica Caruncho, I have finally made up my mind and, overcoming a good amount of well-intentioned reservations, I agree today to start a column, more or less regularly, although I hope that the quality is something more than average, on behalf of the Margaritas of the Traditionalist Communion.

On the other hand, neither did we expect a weekly thesis on scholastic philosophy or a fine legal or geopolitical analysis of the international situation. My intentions are much more modest. Our war against postmodernism is waged on all fronts, from ideas to small everyday gestures. Each one with their weapons and with their very different purposes, here we contribute to the Holy Cause, some with high-profile debates and others (formerly) with rifles and bayonets; some with doctrine books and others with cooking recipes. Some, with humorous poems and books, and others, among which I intend to count myself, with stories and anecdotes, if not always exemplary, at least from which some lesson can be drawn.

It is curious how fables and myths are the order of the day and, to a greater or lesser extent, almost all of our contemporaries administer a daily dose of anesthesia from the sordid ambient reality in the form of films, shows and fantasy novels, and more or less absurd; but none of them ever has a moral, that sounds too much like grandmothers and advice around a stretcher table. I am one of those who thinks that all the events of our lives contain some lesson, even the darkest ones. Because I am one of those who thinks (because I am Catholic) that if God allows evil, it is to make good come out of it. Consolation for fools? Perhaps. I don’t pretend to be anything else.

On the name day of Doña Magdalena