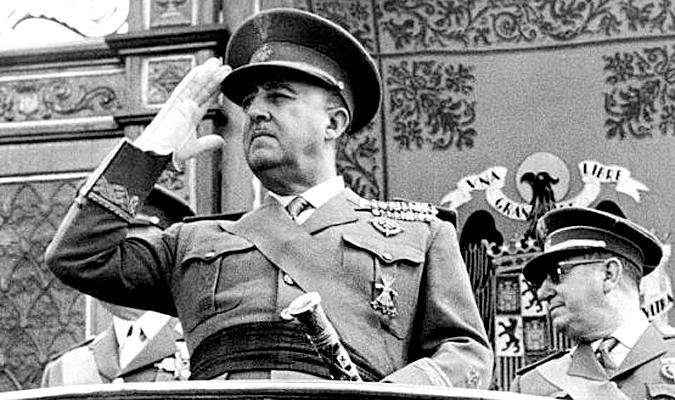 Very often we perceive the great confusion that prevails around the figure of General Franco. Confusion on many occasions with a certain degree of guilt on the part of his victims. And I am referring, loosely, to the guilt of the confused, because I believe that the degree of mist is directly proportional to the belief in the solid foundations of the regime.

Certainly, speaking of Francoism or Francoist ideology is something similar to referring to nothing, but is there a possibility that this is not the case? The doctrinal foundations of Francoism, if they exist, must be traced according to the rest of currents present in it. On the one hand, totalitarian Falangist leftism, an entity of reason that, despite its revolutionary pretensions, owed much to the cosmopolitan urban conservative bourgeoisie nostalgic for the Primo de Rivera regime. On the other hand, Catholic liberalism was supported by the institution of the regime and was disseminated by the means of various families. When I refer to the institution, I speak of the assumption of principles such as State, sovereignty, clericalism, Nation… all of them substantial elements of liberal Catholicism and that were present until the end of General Franco’s days, with logical nuances associated with the passing of the time, and as for the families, depending on the moment, some were replacing others.

I am not mentioning Hispanic traditionalism given that, although having an unparalleled weight in the Crusade, it is no less true that the regime born of Franco’s will never had anything to do with Spanish Catholic traditionalism. Perhaps we could mention as an objection to this, that of the confessional nature of the State, which was especially opposed by Falangism, stubborn in its leftism as well as in other errors. But this would be a half truth, given that the end of Carlism was not confessionalism but Catholic unity. Therefore, I reaffirm myself in keeping Carlism out of Francoism, even more so in heroic opposition apart from some sad and logically sterile defections.

There exists this substantial separation, this insurmountable abyss between groups, it is possible to ask not only about the nature, but about the existence of the nexus that unites these similar differences. Some right-thinkers point to Catholicism as a link, but it is nuanced to the extent that Francoism undermined it legally and socially. Legally with the introduction of the principle of religious freedom starting from the year 1966, and socially due to its delivery into the arms of the gringos who, with the excuse of anti-communism, extended their tentacles replacing Spanish social practices with music, fashions and ideologies from North America.

In conclusion, I think it is fair to say that the foundation of Francoism was…Franco. As General Franco changed his opportunist preferences, his system and ministers changed along with him. In fact, strictly speaking, to be a Francoist today is to defend the 1978 Constitution, created by Francoists, assumed by a society that, instead of armed uprisings against its imposition, accepted it to applause and decadent music by Jarcha.