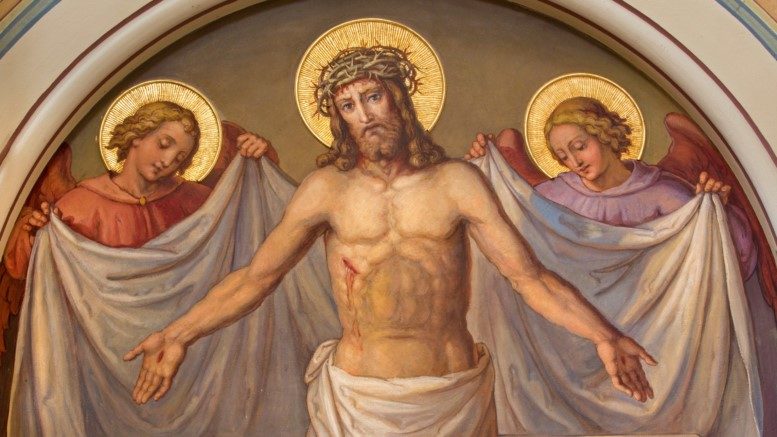 Christ resurrected, fresco in the Carmelite church at Ingolstadt

2. The greatest importance of Quas Primas in the teaching of Pius XI is very simple: Quadragessimo Anno of 1931 renews the teaching of a just social order in a world shaken by injustice, and Divini Redemptoris of 1937 condemns the communist system as the most abominable and unjust regime. Unlike these, Quas Primas establishes the first principle and the primordial cause of the Catholic political and social order. For this reason, I believe, it is the most important document of Catholic teaching of the 20th century.

About the Outrageous Events during the Procession of St. Fermín