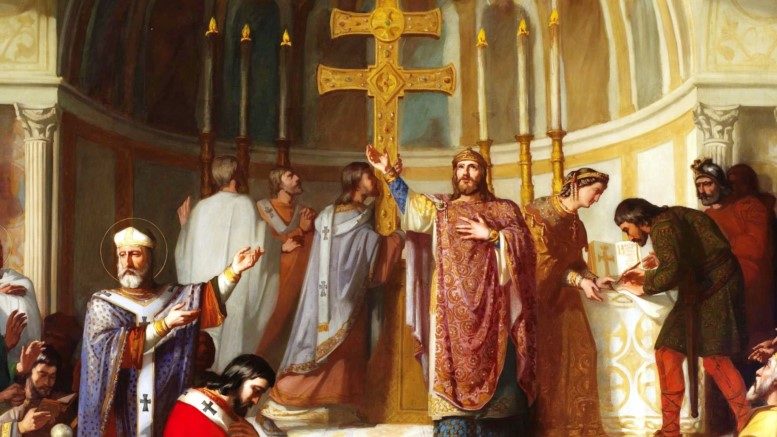 3. In my opinion the main point the main point of Quas primas, is not always remembered: the reign of Our Lord Jesus Christ is a dogma of faith. In a metaphorical sense (ut translata verbi) it is said that Christ is King of the intelligence, of the will and of the hearts of men, since He is Truth itself and charity to an eminent degree. Pius XI invites us to pass from this to another more real meaning, to the proper meaning (propria quidem verbi signficatione) because the Kingship of Christ is not metaphorical, it is not a literary license, it is not a poetic designation transferred, taken from another reality (like the wife who says to her husband: «you are my king»), but a dogmatic truth.

Pius XI proves that it is a dogma of faith by resorting to Sacred Scripture: both the Old Testament and the New, recognize the Messiah as: the Christ, the King of kings, the Lord of lords, the Prince and possessor of all power and of all kingdoms. It is not a figure of speech, it is not a literary concept without a real counterpart, it is not an affirmation of past times or dark ages. Christ the King is a truth of the faith, which has been said at all times because it has been believed since it was revealed.

First Centennial of the death of Blessed Charles of Austria