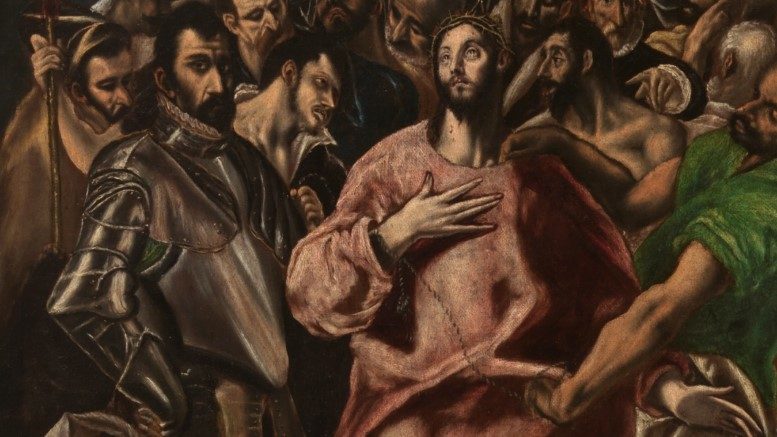 The looting of Christ. Jorge Manuel, disciple of El Greco imitating the work of his master

8. The conclusion is evident: the kingdom of the spiritual extends to the kingdom of the temporal, because whoever has all power does not steal anything or rob anyone, as the Hymn Credulis Herodes Deum that the Pontiff transcribed says, «He who gives the heavenly kingdom does not take away the temporal kingdom.» But immediately afterwards comes another affirmation of Pius XI that can cause astonishment:

«However, while He lived on earth, Christ totally refrained from the exercise of this power, and just as He then despised the possession and administration of humans, so He permits and continues to permit the use of these to the possessors.»

Devotion to Our Own (III): Carlist Religious