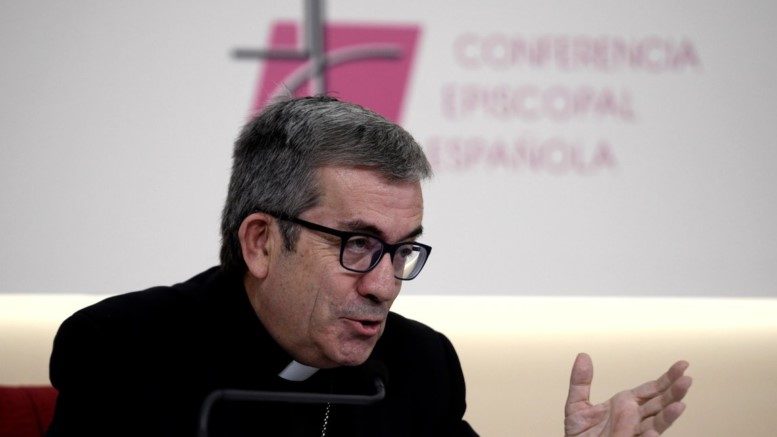 The president of the Spanish Episcopal Conference, Luis Argüello, during a press conference. EP, O. Cañas

12. There are two very Catholic analogies that say: the temporal king (every civil ruler) is a minister of Christ the King (De Regimine Principum, I, 8: rex autem, populum gubernando, minister Dei est). It could also be argued that since the temporal authority is a kind of father, all fatherhood, in heaven and on earth, comes from God (Eph. 3, 15).

And there are also two Catholic ways of ignoring this: hierocracy and communitarianism.