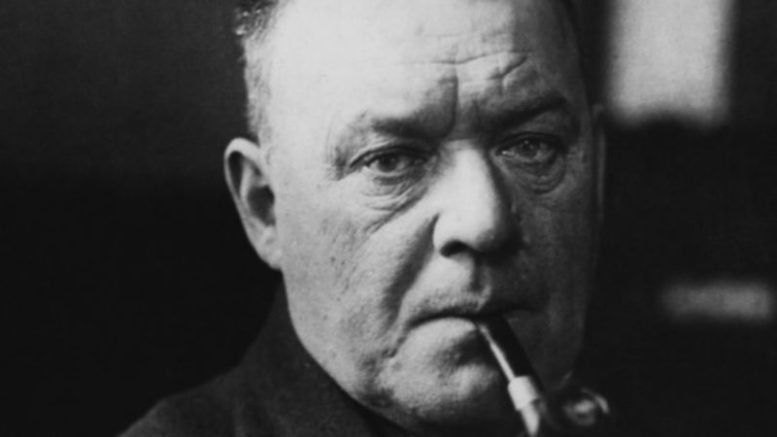 Following the publication of the Encyclical «Laudato Si» by Pope Francis in May 2015, the Archbishop of Granada Javier Martínez decided to create a new logbook entitled «City of God and Man», associated with the official digital page of the Archdiocese. As is often the case with the cultural initiatives of members of the neo-movements of the secular apostolate that have emerged over the last century – and the case of Archbishop Martínez, a member of Communion and Liberation, is no exception – it is sometimes possible to find in them, amidst a mire of conservative ideology, the odd precious stone for a genuine counter-revolutionary.

This can be seen in the section of that blog entitled Materials for a Christian theological politics, where we find an interesting entry entitled «A brief guide to getting out of the stagnation». It is worth pointing out that this post is on the first and old web page of the blog, while we have not seen it reinstated on the last and definitive one. In this post, the Archbishop recommends reading a recent compilation by an american publisher, Catholic Author Press, of a series of 26 articles published by Hilaire Belloc in the months of February to August 1938 in the American magazine Social Justice, and edited by the Canadian publicist priest Charles Coughlin.

The general title of the series is The Way Out, and it deals with the «way out» of the terrible social situation into which the capitalist system had plunged the so-called «Western world». The first 13 articles are a general description of the evils of the capitalist regime. Each one is titled: To Begin With; The Problem Posed; The Wage Labourer; Insufficiency and Insecurity; The Ruin of the Small Proprietor; The Ruin of the Small Shopkeeper; The Proletarian Mind; Usury; The Disease of Monopoly; Capital Kills Its Own Market; The Suppressed Truth; The Monopoly of Credit; and The End of Slavery. Article 14, which has the same heading as the general one of the series, summarises what Belloc considers the «false remedies» put forward in his time to get out of capitalism. Then, in articles 15, 16 and 17, he discusses the first of these misguided therapeutics, Communism; and he devotes article 19 to another of these false cures, which he calls «State-Secured Capitalism», i.e. the Keynesian system sponsored by the Fabian socialists. 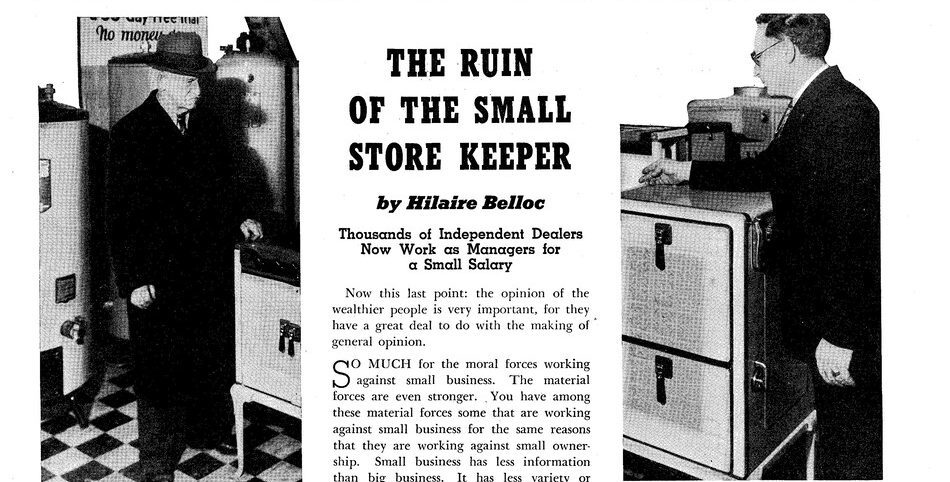 Finally, in articles 18 and 20 to 25, he sets out what he considers the true solution.  That will be based on the restoration of the old system of property and guild order, and which bear, respectively, the following headings: Property; The way out (again, this heading is repeated); The differential tax; The guild system; The small producer; The small distributor; and The functions of the State. Finally, it ends in 26 with a summary and conclusion.

Hilaire Belloc, as we have said in other occasions, devoted many and varied works to the socio-economic field, which he rightly considered of vital importance for the restoration of a genuine Christian order. His main works in this field are The Servile State (1912), Economics for Helen (1924) and The Restoration of Property (1936). It should be remembered that Belloc, although he died in 1953, stopped writing definitively from 1941 onwards because of his very poor health; that is why, almost certainly, the group of articles published under the name «The Way Out» constitute his last important work on this subject.

Within this group of writings, we would like to focus our attention above all on number 14. As we have said, it is a succinct presentation of what he considered the false ways out of the social crisis caused by the classical capitalist system, prevailing until then in the theory and praxis of the new «sciences» of «Political Economy» and «Political Law». All are ideological moulders of the contemporary Revolution we have been undergoing for the last two centuries and more. Belloc reduces them to three: Communism; «Assured Capitalism»; and what he calls «National Credit», i.e., the principles established by Major Douglas. It must be remembered that, in that article, Belloc confines himself to giving a summary view of these three economic doctrines, referring to further development in later writings in the series. Indeed, we have seen that to the first and second he devotes their corresponding explanatory articles; but this is not the case with Douglas’s «Social Credit», which, either through forgetfulness or through desistance, Belloc did not devote any further work to it. All our critical analysis will therefore be confined to what Belloc wrote against this third (according to him) «false remedy» in that summary article 14 of the series.