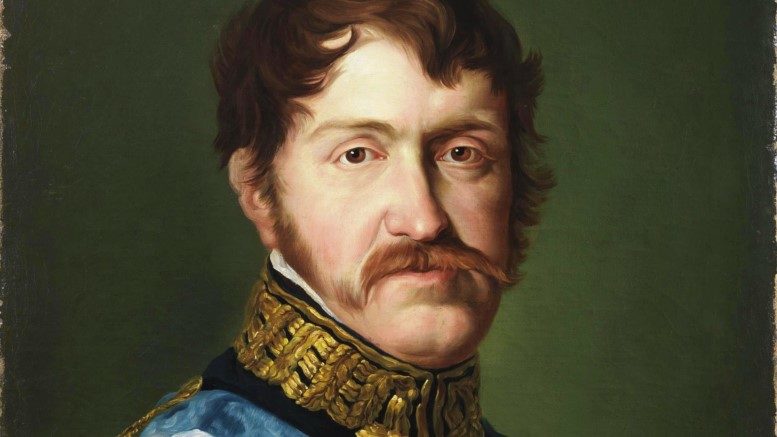 All of our kings have had great virtues. Don Charles V was a model for Christian princes and a champion of legitimacy. Also Don Alphonse Charles and Don Xavier were distinguished by a pure life of piety. But they have all been, each one, more Catholic than the rest, attesting to the words of the Requeté Handbook: «Your King is the first soldier of tradition and personifies the virtues of the genuinely Spanish Monarchy». They have not disappointed, then, neither the title of Catholic kings that is their own, nor the memory of Saint Hermenegildo and Saint Ferdinand.

Kings who, for being faithful sons of the Holy Church, already suffered infamous persecution, and traitorous silence. But that, despite everything, they are paragons of the highest Christian virtues.

Our queens are not far behind when it comes to exemplarity: let us imagine a pious king in exile who cries seeing how his people are being destroyed by liberalism and, at his side, his devoted wife, consoling him as she can, with words of hope, but herself with a heart afflicted by pain for the fatherland that is being lost. This and much more was lived by their majesties.

Among them, we cannot forget Doña Mary Therese of Braganza, Princess of Beira, tireless defender of Religion and legitimacy. Nor the little remembered Doña Mary Beatrix of Austria, who died as a Carmelite in Graz and was author of works of devotion. Nor our last queen, Doña Magdalene, who surely was to her youngest Sixtus Henry what Mama Margaret was to Saint John Bosco. Somewhat better known is Doña Margaret, wife of Charles VII, called «the Angel of Charity» for her dedicated assistance to those in need during the Third Carlist War.

We must not ignore their imitation and intercession just because they are all royalty and we are subjects, no. We can ask them ―within the limits of private devotion―  to obtain for us from God the grace to be good Catholics and, therefore, good Carlists: to give us the necessary strength to continue proclaiming and defending the Catholic faith and the rights of his successor, HRH Sixtus Henry of Bourbon, may God keep him.