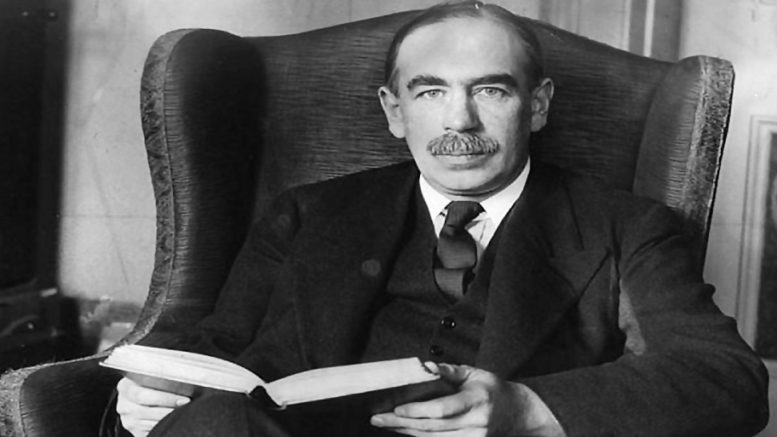 Of course, we have nothing against Belloc’s criticisms of the other two systems that were once devised as pseudo-solutions to Capitalism. We have nothing to add about Communism. In addition, with regard to what he calls «Secured Capitalism», i.e. Keynesianism, his criticisms are essentially no different from those of Major Douglas himself. Moreover, the latter makes a very interesting criticism of Keynesianism, which must be considered in the history of the economic crisis of the 1930s, and in order to understand the true representation of the social and financial problem and its true rectification. Douglas, two years before his death, stated the following (The Social Crediter, 04/03/1950):

To anyone closely in touch with affairs in the ten years before the outbreak of the second phase of the War, it was obvious that Keynes, and the Keynesian distortion of the Social Credit Thesis, were the Financers’ Answer to the attack on the Banks. Lord Keynes was an able man, and was furnished with the best assistance unlimited money could provide. The Keynesian Proposals for Deficit Spending, by which the under-distribution of purchasing power disclosed by the A + B Theorem, and rather cleverly admitted by Keynes, were paralleled by money issued to finance Public Works that were not for sale. The current British equivalent being the wages, salaries and dividends paid in respect of Exports which cannot be bought; these however serving as a tax on the whole community equivalent to coin clipping.  The Keynesian Proposals were a brilliantly devised trick to put the population permanently to work for Lord Keynes´s employers. 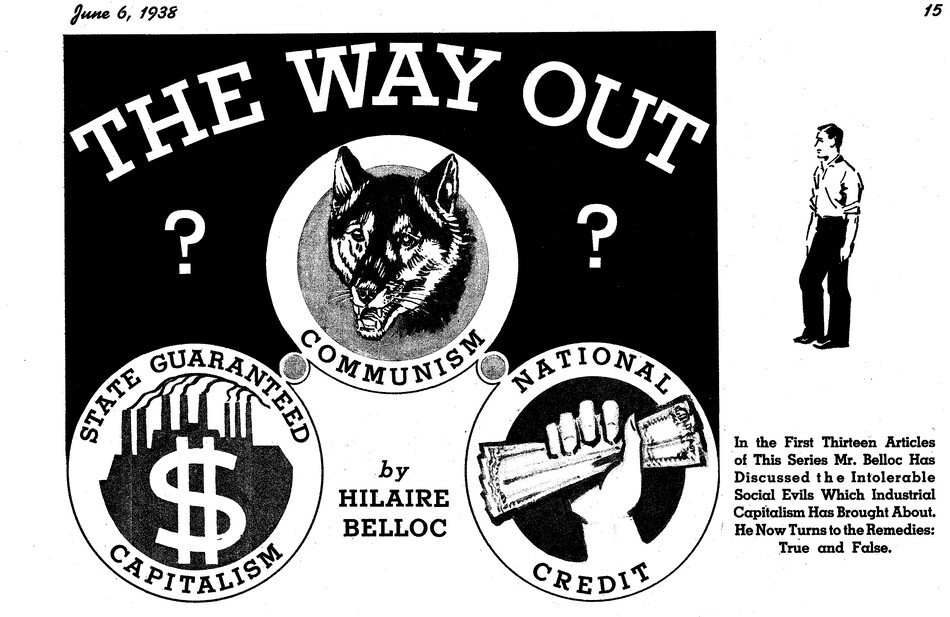 But, as we say, we will not go into Belloc’s accurate criticisms of the Keynesian system (i.e. the Fabian system, the makers of what Belloc calls the «servile state»), for there is (of course) no problem about that. The question that has led us to write these lines lies in the brief critique that Belloc devotes to what he calls «Douglas’s National Credit». The Franco-British writer begins by saying: «The third false remedy is the least bad and also the most interesting. It is the remedy called ‘National Credit’. It is associated with the name of its brilliant original expositor, who may well be called its discoverer, Major Douglas; and is therefore often called ‘The Douglas National Credit Scheme’». In reality, the name given to the principles discovered by Douglas for the proper functioning of any financial system associated with an economic order, was – as we have already pointed out – that of «Social Credit». In truth, this was a minor matter, since Douglas was never concerned with questions of nomenclature, but rather insisted on the veracity of those financial principles or of correct accounting in the socio-political-economic order, whatever one might call them. Although it is also true that today this question of nomenclature has (unexpectedly?) gained (unexpected?) relevance, since it is well known that the Communist Party which subjugates mainland China has recently created a new system of control of its population (yet another) to which it has (coincidentally?) also given the name of «Social Credit».

Belloc then goes on to give a brief description of the Douglasian canon, but this can only be described as misleading and distorting, and is surprising given that in other works the Catholic apologist has shown signs of having grasped the essence of the Scottish economist’s message. He states here: «The central idea of this reform is to ascertain what the total productive power of the community is, and then to distribute to all the members of the community credit tickets which will provide them with purchasing power equivalent to the total possible output. Supposing that in a community there are stores of raw material and plant capable of producing one hundred billion dollars worth of goods, and that the community is at present producing only [goods] worth fifty billion dollars, there is a margin of other [goods worth] fifty billion which are not [brought] into existence, but which can be called into existence by citizens presenting their credit tickets as payment for the goods they desire».