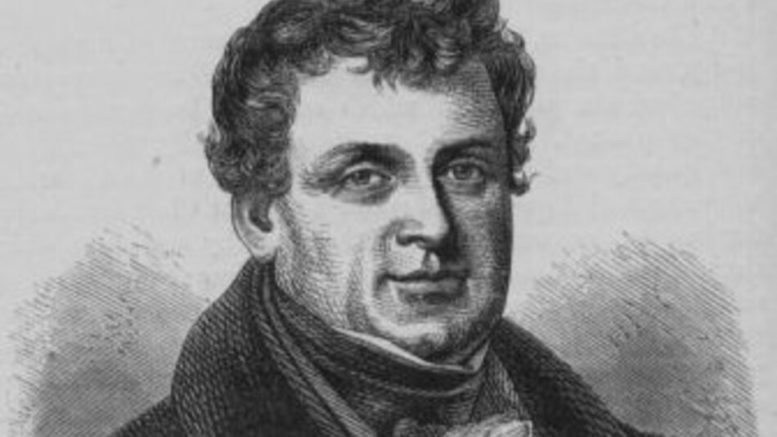 The anniversary of the birth of Daniel O’Connell, The Liberator, was celebrated on August 6, 2022. It was an important event for Catholics in general and the Irish in particular. For this reason, LA ESPERANZA published an article transcribed by Manuel Sanjuán that can be read at this link. This same article was presented along with a warning about a certain type of Catholic militancy, awaiting the next installment of the article by our co-religionist Félix Mª Martín Antoniano, which we precisely offer below.

Normally liberal ideological errors do not penetrate directly into the spirit of Catholics, but require the use of indirect paths that pave the way for their absorption: this is the end of nationalism. We will not refer here to the romantic-historicist side, which forces History to bring twisted and distorted «arguments» to the aid of new liberal legal and political ideas, but to its sociological side as a «backbone» element of a particular sociopolitical community. In this last sense, we can distinguish those processes where nationalism serves for the unification of several peoples (as in the case of the Italians or Germans), or for the independence of a population with respect to a more general political structure that assimilates it. In the latter case, it may even happen that the religious factor enjoys a decisive or essential preeminence in the emancipatory political process.

The question that arises is whether it is possible that a process of Catholic independence from a non-Catholic political power can serve as a mediating channel for the assimilation of ideologies precisely contrary to the true Religion. This is the main problem that arises when the various cases of emancipation born in the heat of the revolutionary processes of the year 1830 are analyzed. Previously, many European Catholic intellectuals had been captivated by political leader Daniel O’Connell’s «legal battle» on behalf of a suffering Irish nation. Admittedly they were suffering little short of Hell on Earth at the hands of an oppressive oligarchy whose essential feature of its political Constitution is the total prohibition of Catholics, not only from social life, but also from the exercise of actions of simple natural law. The question was whether it would make sense for a Catholic to base his liberation from that yoke on liberal principles. Balmes raised it in his biography of «The Liberator», while praising his tactics, he blamed his dangerous doctrinal deviation, since «he proclaims civil and religious freedom with an exaggeration that could not be of benefit even to Ireland itself.» Lamennais and his followers, on the other hand, saw in the so-called «Catholic Emancipation Law» of 1829 as an example in favor of the liberal system and as an ideal for the freedom of the Church and of Catholics, enthusiastically greeting the new civil regime born of the July revolution of 1830. We can find a similar situation in the case of the independence of Belgium, where Belgian Catholics had to suffer the impositions of the Calvinist power of the United Provinces of the North, to which they had been incorporated by virtue of the Congress of Vienna of 1815. Along with the French July Revolution, the Belgians rose up against the Dutch in September, achieving their effective independence the following year. The ideas of Lamennais had a very important influence on the movement.

On December 5, the Count de Mérode and the Marquis de Beaufort sent L´Avenir and Le Correspondant a document entitled To French Catholics on the Belgian Revolution, where they said, among other things: «Today we are entering a fourth era in which the reign of Christ begins to disappear in European society, religious ideas are erased in souls, both in Catholics just as much as supporters of all faiths. And yet the influence of religion has maintained ideas in social law that ensure religious freedom, as well as equal civil and political rights, and that make violence and persecution hateful. Under the rule of these principles […] this social situation distances [Catholics] from the harsh need for unlimited submission, which for them today would be nothing more than abject servitude». This was reflected in their Constitution of February 1831, the result of the unionist movement between the liberals of the Walloon region with the Catholics of the Flemish region, launching an Americanist-type liberalism in Europe.

It is also worth mentioning the uprising of the Polish Catholics in November 1830 against the non-Catholic power of the Tsar of Russia. Although in this case it ended with the defeat of the uprising in the Battle of Warsaw in September of the following year. Even Pope Gregory XVI urged Poles to abide by the fabricated Russian power in his Encyclical Cum Primum, published two months before L’Avenir‘s condemnation of the liberal-Catholic ideas in August 1832 (Mirari vos). It seems that this attitude of the Pope towards the Poles would be the definitive spark for the rupture of Lamennais with the Church. But, in any case, all these nationalist-Catholic movements did facilitate the inauguration of a new era that was to forge a new motto: «The Church in the Common (liberal) Law». That this Catholicist slogan was understood only as a simple tactic (ultramontane position, and pre-conciliar Vaticanist), or as an ideal to follow (liberal-Catholic position, and post-conciliar Vaticanist), is indifferent for practical purposes.

The Inquisition (and II)