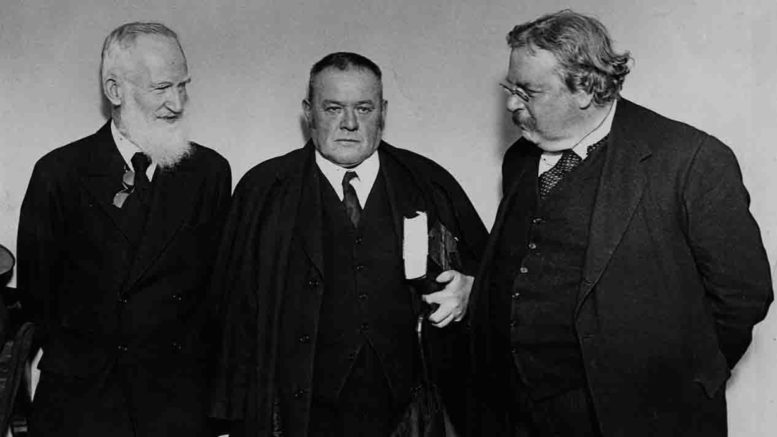 Given this description, one would think that Douglas’s aim was to bring the productive capacity of a community to full capacity (which, by the way, would be no different from the famous «development» or «economic growth» that is foolishly touted by the Keynesian system, and, in general, by all «orthodox economists»). What Douglas was simply saying is that the purpose of any economic system is the simple production of goods and services desired by the political community, as well as their effective further distribution. If the economic system itself, through its production processes, does not distribute enough purchasing power to fulfil that sole objective, it is logical that the solution should consist of compensating that financial insufficiency with new money arising from the financial system itself and outside the aforementioned productive process, nothing else. If the productive system produces goods worth fifty billion, and with these goods the needs of the population are satisfied, there is no need to increase the actual production of the community to create goods worth one hundred billion, even if one had the potential to do so. All that would be necessary would be to increase the purchasing power of the population to fifty billion, if the population had not received enough money for the goods, and thus the effective distribution of these goods would be fulfilled.

Belloc goes on to say: «How he proposes to make the scheme work, we shall see later when we come to consider it in detail». As we have said, Belloc never got round to fulfilling this purpose. But he then makes this interesting confession: «For the moment it will suffice to say that it has the great advantage over the other two [pseudo-remedies] that it neither exploits men nor degrades them. There is nothing servile about it. The man, with his credit ticket at the end of the week, which gives him purchasing power in addition to his regular wages, sufficient to buy, say, a good coat, makes his choice of article as freely as the richest man who buys the same under our present conditions. The wage-earner will live (according to the proponents of the National Credit Scheme) in the same way as he did before, but only with this difference: that he will have a much more satisfactory income through the possession of greater and regular purchasing power». 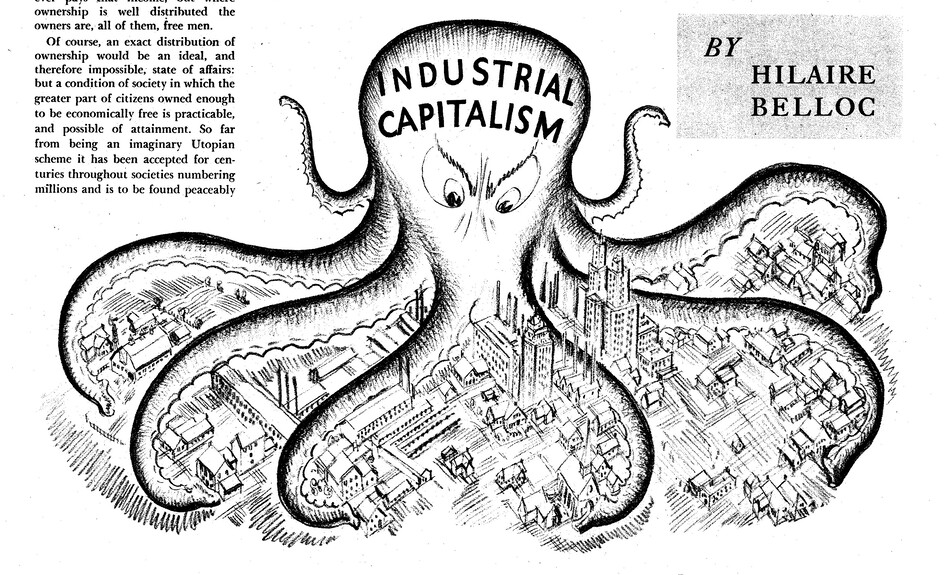 We really fail to understand Belloc’s reticence towards a suitably corrected and rectified financial application or praxis which would produce general results in perfect accord with the truths of social philosophy defended by him, and which are in the end nothing but the truths of Christian natural law in social matters. Belloc was always in touch with Douglas’s formulations from the first years when he began to disseminate them in the famous weekly The New Age during the period when it was edited by the well-known editor A. R. Orage. His technical doubts appear in the issues of October 27, 1921, and February 9 and 23, 1922, and conveniently answered and clarified. We believe that the key to Belloc’s hesitation lies in what we have already stated in our article «On the restoration of a fundamentally property-owning society», where we quoted Belloc’s words published in his book The Restoration of Property, in which he stated that he was only interested in a restoration of economic independence and security through a direct restoration of property, as opposed to a possible indirect restoration through the financial system itself, duly rectified in the service of the families of the political community.

Belloc ends his brief critique by saying: «As we shall see, when we come to the details of this scheme a few articles ahead, there is a great deal to be said against it, and that is why I have called it a false remedy; but it is not false in the sense that it is bad morals or inhuman. It does not rob anyone; it does not in theory oppress anyone. It does not even order anyone about».